There is no doubt that the future is digital, an area that is changing day by day, both in terms of technologies and practices. This means that the skills of our talented team are also in perpetual motion. And it's logical that at Ariad we have a growing community of UX experts, two letters that have been on everyone's lips in recent years. So who better to introduce than Bram De Rudder, UX Designer and Researcher. Bram works in UX, but also because Bram...is UX!

One of the principles of UX Design is to test, to analyze, and often to change, to modify, until finding the formula that offers users the best possible online experience. So from the outset Bram’s story closely follows a UX journey! He has always had an artistic bent and quickly went on to study art. In those art studies, there were ups and downs (maths, for one!), and Bram quickly became more interested in digital design than in pencil on paper. And in classical art schools, the computer is the devil!

Explains Bram, "I was by no means a UX expert, neither were they, but I had just learned it in class, it was fresh and it was a real opportunity to learn more on the job”.

So trial and error brings a new trial: in digital this time. As soon as Bram started his studies, he began practicing UX by himself, in order to find the training in which he could give his best, most efficiently. Like any great researcher, he experimented and found the most effective formula for him.

Two years later, Bram graduated with a degree in graphic design and illustration, and because Bram is one of those people seemingly allergic to down-time, he went straight to work and was hired as a UX Designer for the famous sports betting company Napoleon Games.

It’s not uncommon in an organization that UX has been neglected for a long time. According to Bram, it is because an effective UX requires a lot of time. It’s through experimenting that we improve the customer experience, living the experience of a digital journey in the skin of the customer, in order to make the experience more fluid, efficient and in general more productive.

"I learned the basics at school, but most of what I do professionally today, I learned on the spot, I tried, failed, tried again, repeated, succeeded, that's the school of UX”.

Needless to say, Covid has changed our lives, our ways of thinking and, most importantly, our ways of consuming. Bram believes that while the digitalization of consumer behaviors was growing exponentially, the Covid was interesting in that it forced brands to speed up and make the digital experience of their products and services more efficient than ever. In this sense, if we only talk about UX Designer work, the Covid has been a real trigger. Explains Bram, “in a way, Covid forced brands that were not yet digital enough to push themselves, and those that were already working in digital to improve. We had to offer digital service, yes, but above all outstanding digital experience”.

(Ready for your next job in digital marketing? Send us your CV!) 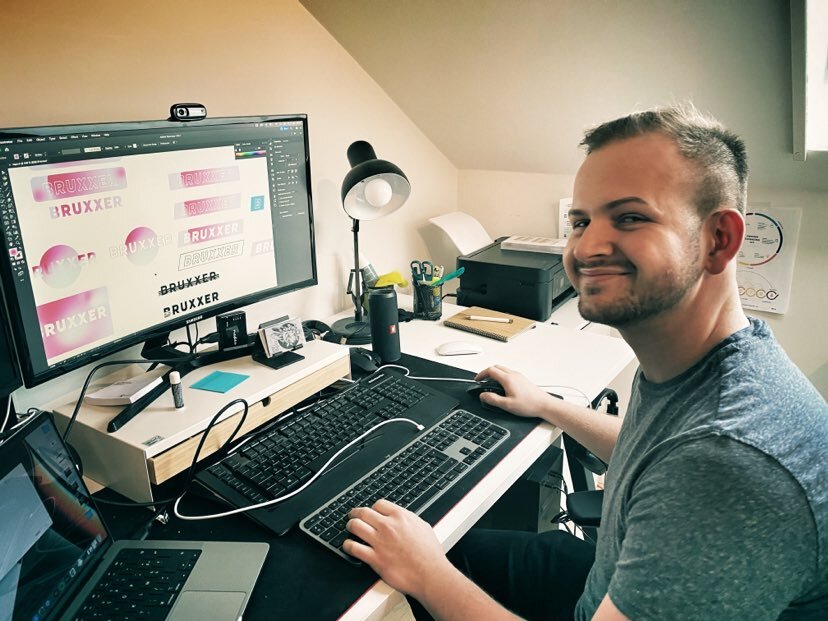 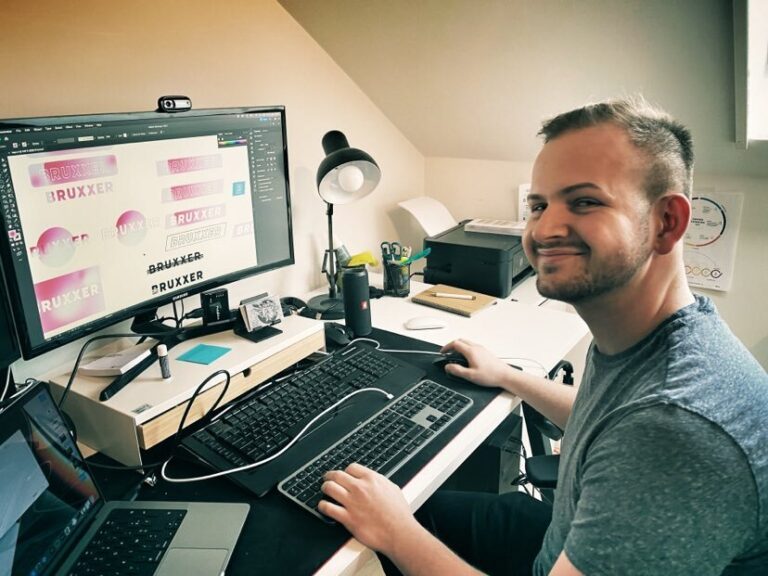 For Bram Covid did not have "only" negative aspects. It allowed him to become a stronger professional at an incredible speed, and also to question his way of working. The obligation to work from home made him discover a flexibility of work that he did not know before and gave him the idea to become a freelancer.

All he needed was a little push to make it happen…and that's where Ariad came in. "I had been in contact with Ariad for a long time, but as is often the case in life, it's a question of timing, either for one or both parties. But when the desire to go freelance grew, I knew I had people who were interested and willing to listen.”

So Bram took the leap into freelancing and has recently begun with his very first mission as a Freelance UX Designer for Lampiris. And he can't wait to try, fail, try again and succeed again for them! One huge perk? Being able to take on new challenges in new environments widens and deepens your knowledge extremely quickly. For Bram, the know-how there is priceless, as the Lampiris team has a lot of experience in UX. With Napoleon he learned everything together with the team, here he’ll be learning from new people, and that's really exciting.

The future of UX

Bram is a UX Designer full of energy and above all, enthusiasm for his profession. He innately uses UX principles to guide, test and improve his own life. Beyond that, Bram is so passionate about this profession today because he already sees the UX of tomorrow! According to him, all the lessons of UX in the digital world will make even more sense if they are one day adapted to the real world. We've learned how to improve the consumer experience online, and Bram thinks there are lessons to be learned for the in-store experience, for objects, for car design... a world of endless applications!

Find the UX, CX and digital marketing talent with the right flavor for your team, fast.
Drop a line to learn how!