How to take the professional leap from Graphic Design to UX

Graphic design is at the forefront of the the public’s perception of marketing. The most iconic commercial images are the result of graphic designers who have worked tirelessly to perfect their art, striving to create work that sticks in the mind of public.

The power of graphic design in marketing is not to be underestimated. It has given brands the greatest possible level of visibility. We have arrived at a point where the typography of Coca Cola is more recognisable than the work of history’s greatest artists. Graphic design has cemented its position to such an extent that is has worked its way into the the education system of many western countries such as the United Kingdom.

However, the rise of an increasing amount of digital disciplines has resulted in a shift within the graphic design industry. Many professionals are choosing to retrain in different areas in order to increase their employability or potential earnings. We have seen an increasing number of people looking to make the shift over from UX. Switching roles can be a daunting task but with an increasing amount of online resources available, it is becoming a more manageable transition that will lead to greater numbers taking the leap.

Rome wasn't built in a day

A key complaint of many UX designers centres around the number of people working in more artistic roles that misunderstand the role and skill involved in UX. This can lead many to blindly add the skill to their CV with little thought.

As with any skill, it takes time to master regardless of whether there are elements that crossover with your existing area of expertise. A translator would not put on their CV that they speak Portuguese just because they are an expert in Spanish. The same principles apply here. Take time to build up your skills, learning how to get to grips with new tools and a different way of approaching a task.

A good place to start is with an online course that can serve as a foundation to building knowledge of UX. Check out the offerings at the Interaction Design Foundation as they have a wealth of courses and content focusing in this area. Courses about UX can also be found on more mainstream learning platform such as Coursera and Udemy.

For the theoretical side, websites like UX Mag and UX Planet are a great place to find debates on current trends as well as best practices.

The answer to this is simple but will appear unattractive to those that have become accustomed to a constant flow of projects. A new designer will most likely have to seek out projects and offer their services for free in the beginning as a way to build up their portfolio. This will also serve as a useful way in which to put new skills into practices and hone your techniques by confronting real situations and problems.

The Daily UI challenge can also be an excellent way of continuing to learn whilst at the same time building up practical experience that could be used to help buff out the portfolio of a new designer. The benefit of doing what is essentially an academic exercise is that it also allows you to see how others tackled the same problem, helping to build a wider range of solutions in the arsenal of a designer. 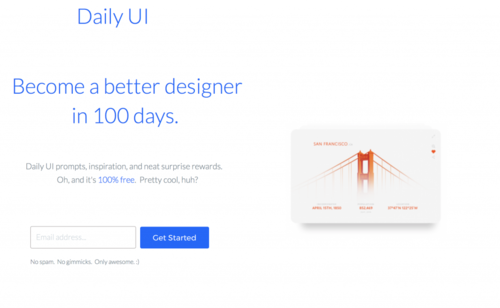 Getting the message out there

You have the relevant skills, you have built up a decent portfolio from projects you’ve got involved in. The next step is to begin to network and market yourself in a way that will create demand foe your services.

This can often seem like a daunting phase for many people as there is a certain stigma attached to self-publicity but it is important to make yourself as visible as possible.

You should attend as many events as possible that will give you a chance to network with people in the UX field. You can find a list of local events on sites such as Meetup which can be the perfect way in which to build up your list contacts within the community. 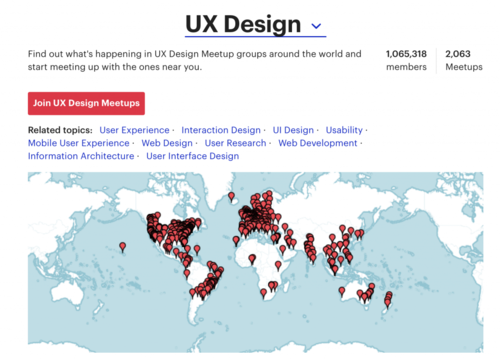 Building up your presence on LinkedIn is often a great way to engage with other professionals. It is about going beyond the standard procedures of simply updating your profile. A new designer should instead seek to participate in debate or start their own by publishing an article on the Pulse that can prove as a great way to showcase your knowledge whilst capturing the imagination of a wider audience.

Most importantly, don’t fear putting yourself out there. UX is an in demand skill that companies across the world are looking for. Once you get your foot in the door, it’s all plain sailing.

Have you made the switch to UX or are you new to the industry? Get in contact with us to see how we can help you in taking your next career step. Click Here!